The 1990 model year for the already long-in-the-tooth Fox-body platform marked the midpoint in the rise of the fuel-injected 5.0 resurgence, which began in 1987 and ended in 1993 with the SVT Cobra.

Years 1987 and 1988 were the speed-density days; 1989 ushered in the mass-air modulated cars, and for six years of glory, the streets of major cities everywhere were awash in the throaty, distinctive growl of 302 small blocks breathing through Flowmasters.

Visually-speaking, 1990 also marked the end of the road for ten-hole wheels on LX 5.0’s, and turbine wheels on GT 5.0’s. For the next three years, all 5.0’s would come standard with the now ubiquitous five-spoke pony wheels.

This three-owner GT with 53k miles on the clock is completely OEM stock except for a set of Flowmasters, a pair of unequal-length headers, a set of 3.55 gears, and Ford Racing Performance plug wires.

The headliner has been replaced, and some body panels were refresh-resprayed by the previous owner. 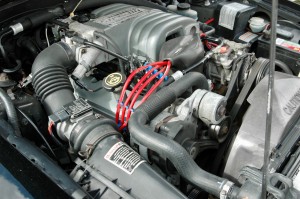 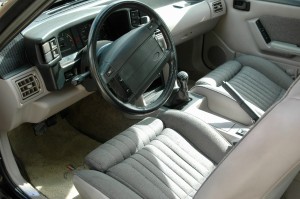 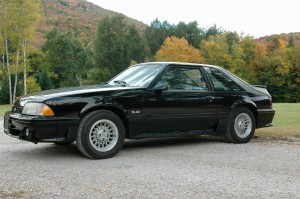 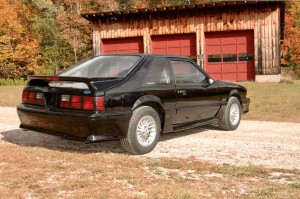 View all posts by: KT Cappellini